Craig and the natives

Robin Boyd begins his book, The Australian Ugliness, by mocking Australians’ ‘uncanny misjudgement in floral arrangements.’ But, as Craig Scott from East Coast Wildflowers points out, when it comes to natives, our tastes and style are developing – we just need to give them time. English flowers have been cultivated for centuries. The cultivation of Australian natives is still a new and experimental field – our knowledge and appreciation needs time to grow.

Each week Craig sends us a mix of flowers, pods, leaves and branches, most grown on his 10-hectare native flower farm in Mangrove Mountain, NSW. Once here, they are arranged with care and the very occasional swear word (because the flower arranging business is not always an easy business) by our Concierge, Louise Black, and Meg Morton from the Monster kitchen and bar.

Craig is a fourth generation flower grower, his daughter fifth generation. His farm used to focus on more traditional varieties (Dahlias and Asters) but he and his father, being outdoor people, had a strong interest in natives. “We’ve always lived in the bush – my father is into rock climbing and I am into hiking and we’ve long admired the range of wildflowers growing in Sydney’s sandstone belt.”

He began foraging – appreciating the richness in colour, and the elegance and boldness of the local species. He says “you can turn over a leaf and you’ve got something completely different on the other side.” For him the designs are intricate but also rugged – a beautiful juxtaposition between the delicate and rough.

About thirty years ago, after a brief flirtation as a motor mechanic, Craig cleared out the old citrus trees and traditional varieties on the farm and began focussing entirely on natives, “it was incredibly exciting, everything you tried was new.”

On his farm you can find 100 metre rows of Flowering Gums, Grevilleas and Banksias. Unlike many of the bigger farms he opts for a variety of crops rather than mass plantings of single species. He’s interested in diversity, which he says has come up remarkably in the last 15 years. There are now more the a dozen varieties of cultivated Banksia, many more beautiful than you would find in the wild.

Responding to a recent resurgence in natives (a good sign we are feeling more at ease with our own lot), Craig is a busy man. He wakes at 11pm and leaves for the Sydney Flower Market. He packs and ships orders between 12pm – 5am. The market opens at 5am and he survives the chaos on adrenalin. It is all over by 8.30am. He returns to the farm to work for a bit – preparing, prepping, weeding and pruning. He naps during the middle of the day and tends to the farm again in the afternoon. He is in bed by 7.30pm. And then the routine starts all over again…

It’s not glamorous work, but it’s a true love. When on hikes in other parts of Australia he says he can’t walk more than five minutes before stopping in awe to appreciate a species that is new to him.

And yes, he is reluctant to harvest something he has been tending to for a long time. For special blooms there needs to be a damn good reason to pick them and he can find almost any excuse not to do it. So yep, we try and stay on the good side of Craig Scott. 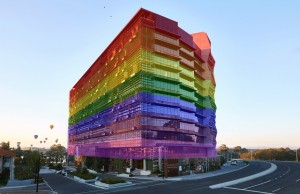