Swarm trap made by Sibling shot by Janelle Low

‘Swarm Trap’ is an exhibition of conceptual and functional architectural objects made for one of the planet’s more important species – bees.

Curated by MANY MANY and Honey Fingers, it opens at the Nishi Gallery in Canberra on Thursday 30 June at 6PM in collaboration with Hotel Hotel.

The goal of a swarm of bees is to establish a new colony in a new home. The queen bee leaves the hive with about half of the worker bees, her daughters, swarming around her. Meanwhile, in the hive they left behind, a newly hatched queen is born and the cycle of life continues.

The goal of a swarm trap is to catch swarms before the bees set up shop in an inappropriate place and the pest exterminator is called in. Catching a swarm encourages sustainable, backyard beekeeping – the more bees under loving management in backyards the better these precious pollinators will be positioned to handle the looking threat of the varroa mite (Varroa destructor) and Colony Collapse Disorder (CCD).

Australia is currently varroa and CCD free. Here, we are experiencing a golden age of beekeeping. The 12 objects exhibited are tributes to this good fortune, to honey bees and to sustainable, small-scale beekeeping.

After the exhibition the swarm traps will be installed in the city, suburbs and bush between Canberra and Melbourne in the Spring of 2016.

We’ll see you there. 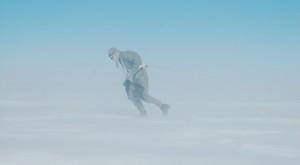 A story by collective beekeeper Honeyfingers about a beekeeper's best friend - the smoker.