Given that most of us find it hard to do anything for longer than three minutes, we tip our hat to Robyn Cosgrove who’s been doing what she does for more than 37 years.

Robyn is a rug designer and trader who helped us create the one-of-a-kind, vegetable dyed pieces you can walk all over at Hotel Hotel. But walk all over Robyn you cannot. This slight and elegant lady is an audacious businesswoman and adventurer whose love of textiles has led her to all areas of the world from the Atlas Mountains to Nepal.

Working as a stylist and interior designer in the ‘70s, Robyn saw the shift from carpets to floorboards in American magazines. Realising Australian style would soon follow suit, she packed her bags – left husband Trevor and two daughters at home (thank you Trevor!) – and travelled to Varanasi in India to buy dhurries (fine, flat-woven wool rugs), which she’d sell once back home. “I burst into tears on the plane”, she says. Understandably so: There she was driving alongside camels and elephants back when Dehli Airport was a tin shed. “Being a lot younger and totally naïve about what to expect in the far-flung carpet-weaving areas of India helped,” she says.

Things have changed. Today Robyn works closely with a set of Nepalese, Indian, Pakistani and Turkish craftspeople that have practically become her family. She sends them designs – most of them her own – that they hand weave into rugs from wool, silk and natural fibres. Robyn produced a film about the making process aptly titled ‘By Hand’.

Robyn’s showroom is on a leafy street in Sydney’s Woollhara. She works here six days a week. Her shop windows are vast – walk, cycle or drive past and you’ll be struck by some wildly elaborate (and expensive) pieces, which she hangs on display and constantly rotates.

On Sundays Robyn takes her two Shelties for a walk to the park, visits the market and other “pleasant things”. She has been collecting art her whole life and her house is “full of stuff”. These photos from a feature on Robyn and Trevor’s home in 2012 will knock your socks off.

She laments young people not appreciating good quality things, and the speed at which internet-era fashions seem to be born and then die in seconds. “I’m not into that”, she says.

Robyn used to hand draw her rug designs but now works mostly on computer. Each piece usually takes around three weeks to evolve and complete before it’s sent off for production. During this time Robyn keeps referring back to the original design on screen in between tasks, tweaking and revising until the design develops successfully. “You can’t force it. After a few weeks it just pops up. I love that spontaneity.” 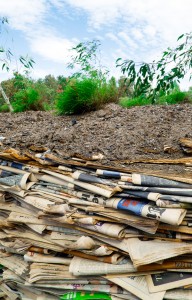