What kind of studio? It’s difficult to describe what they do in general; it always comes out (inaccurately) as a Mad Men montage. Suffice to say they are story telling animals, drawing on their reading, thinking and access to networks about all kinds of interesting things (here is just a sample of the little nuggets referenced in our conversation: a room for London, how to buy happiness, the Whole Earth project…)

The best way to describe what they do is that they are basically Hotel Hotel’s dating service/relationship counsellors. They have introduced us to some of the lovely creatives we have worked with over the past few years and have helped us to find shared meaning together.

This is a full service agency, they light the candles and order the flowers (if you’re into that sort of thing). They also provide the conversational cues that can mean the difference between the encounter developing into either an alleyway shag or a long lasting love affair. Relationships are all about communication. The need for allowing room for the idiosyncrasies that make humans awesome but also acknowledging that, without some boundaries, projects/relationships can quickly turn into that scene from Lord of the Flies.

So the main task that Right Angle decided to take on for Hotel Hotel was to write, distil, edit and after much labour, deliver some foundations from which to work from.

If Hotel Hotel were a cult this would be the doctrine. The chapters cover the following topics – people, the sensorial, provenance, humour, the importance of makers, diversity, participation, open source, curation, and disruption.

Relish each contradictory impulse within yourself, and every clash you encounter with another – for these are moments of productivity and creation. 032C

Disruption (and her sister, Confrontation) has negative connotations, but it is a rich source of new ideas and better practices. By being open to criticism and willing to collaborate, we are capable of creating expressions that are far greater than the ones we imagine by ourselves.

The process of building Hotel Hotel has involved the constant intervention of new people, ideas and processes. It has forced people to work together rather than alone, and as we move beyond building to hosting guests and creating content, these disruptive tendencies will continue to shape the project.

When we experience disruption, what we are really witnessing is the formation of an intersection. Whether this reveals one road or many is not as important as the fact that it allows us and our guests to travel in an unexpected direction. Done well, disruption should result in engagement and progress.

One of the core values that define any great city is diversity. Great cities draw their energy from the friction between competing ideas, and through the contrast between people, places and activities.

In some sense, the Nishi building can be viewed as a city within a city. It is a pluralistic space combining different types of people and activities. This mix is essential to the character of the project and the challenge it presents to monoculture.

As a starting point, diversity must be met with tolerance. But, in order to realise the benefits of cultural cross-pollination, we must go beyond just tolerance and be prepared to truly dance with our differences.

James Turrell’s Within Without at the NGA 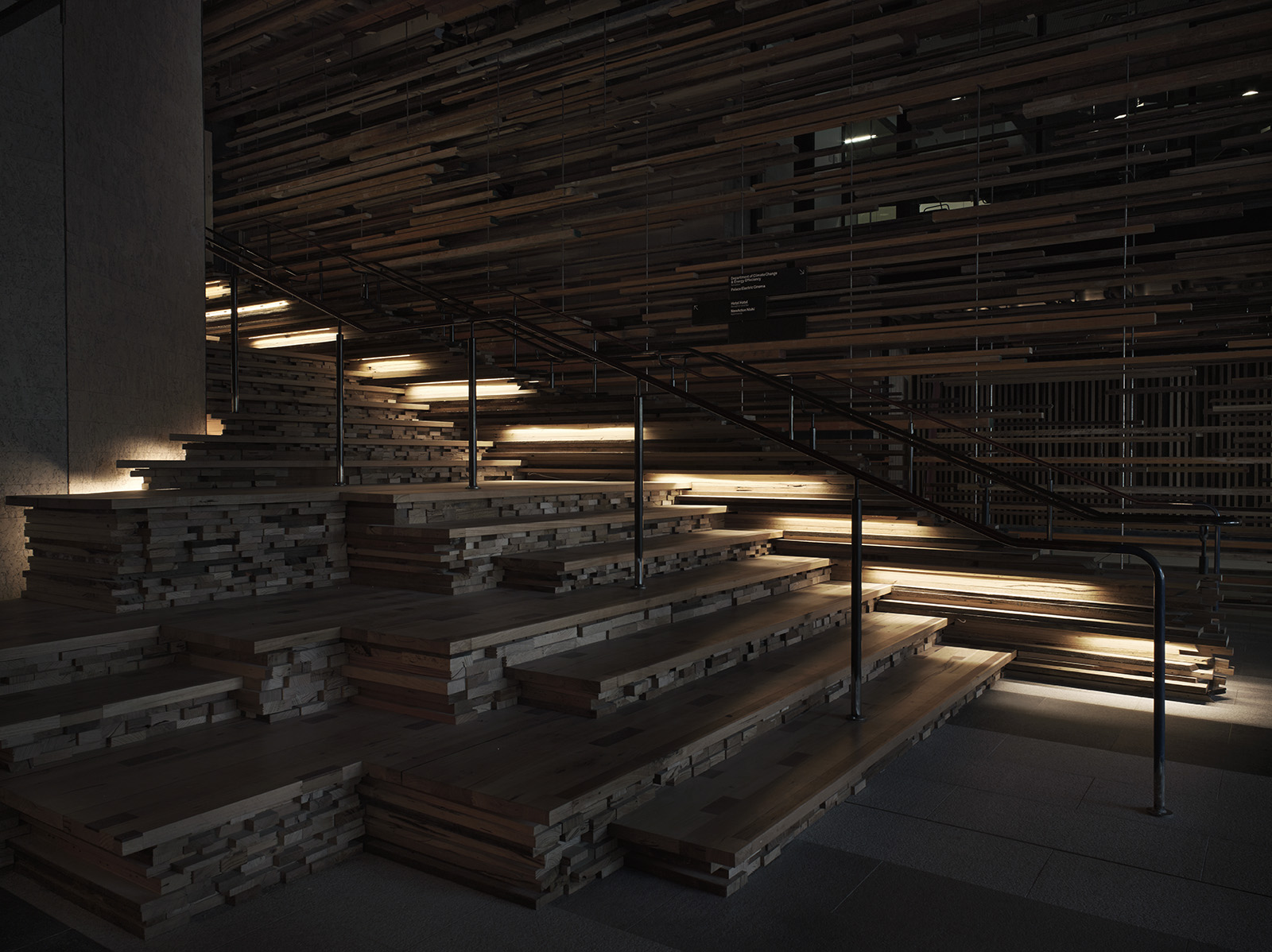 Lou Weis is the kind of guy you meet at a party and start a really interesting conversation with that forces you to excuse yourself to go to the bathroom every ten minutes.