You know when you watch too much of ‘The Wire’ and you start swearing more in your everyday and sometimes in your sleep? Shiiiiiiiiiiiiiiiiiiiit.

Similarly, if you spend your whole day working your ass off and thinking about your next meeting or whatever it infiltrates your psyche and you become a boring work person. Travelling for work can be like that because that’s what you’re there for so that’s all you’re about.

Well, according to Phill Rushby (who has been involved in the conception of Hotel Hotel since day dot), the right hotel room can help you with that.

“Seven years ago I commuted to Canberra from Melbourne weekly. I had a young family, and I was working really hard.”

Like heaps of working people, especially the ones that commute, Phill found himself disconnected from his family. He’d get home and they would have made decisions about their life or even just what to do on the weekend that didn’t really involve him…because he wasn’t there. Unproductively, Phill, like so many others, launched himself even deeper into work, good old reliable, 24/7, to deal with the loneliness and disconnect.

“When I was much younger I had an amazing manager that in some ways became a mentor. He told me to find a point in the middle of the commute journey on the way back home and from that point to stop thinking about work and start thinking about my family… That way, once I got home I was in a head space to engage on a level that wasn’t a work one”.

“The hotel apartments are a way for us to remedy that in an everyday sense – creating a warm, cosy, homely environment with those layers that make a home. This is a way for people travelling for work to unwind and feel more balanced and open to engaging with their family and friends, even if it is just over the phone, they’re in a better mind set.”

“When people think luxury hotel they think marble clad, or brass. And yet when you spend time in those spaces; you realise that no one else does…because they are intimidating spaces. The lobby for example is a grand transition space between the street and your room. When I look at Hotel Hotel I think the boys have found a way to close that gap”.

“I would rather run my hand down an old timber balustrade that is worn down by the countless other people that have been there as opposed to a shiny new looking steel balustrade any day. Long before we made the connection between opulence and luxurious materials and the link with those luxury values in our minds, we were connected to raw, organic materials. It triggers something primal in you, even if you aren’t always aware of it. It’s like sitting in front of a fire, there is something about it beyond the warmth that makes you feel good.”

“Creating an environment where you let people think in a more human and primal way opens them up. They might have presented with a business façade but when they’re challenged like that they open up and you get to know them better.”

As Phill points out, it’s not just a way of making a hotel it’s a way of doing things. The daily rituals of others (part one) 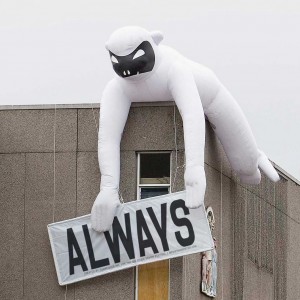 Scottie came and took some pictures of our Apartments. He kept quoting 'Rocky' films (yes...all of them...). It was annoying. But he shot some lovely views.